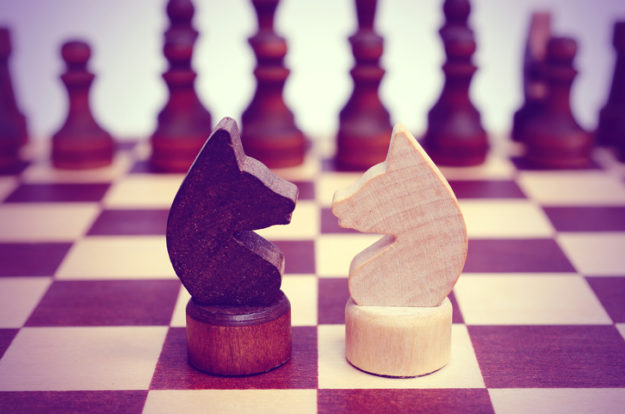 With the Republican Party assuming control of both the Presidency and both houses of congress, the general feeling among the financial community is that the U.S. tax reform is imminent. Both Donald Trump and the Republican Party have championed income tax reform as a tent pole of their platforms. However, the Trump tax plan and the proposal from House Republicans diverge significantly on numerous provisions.

We are still at a point where tax reform specifics are largely conjecture, but I wanted to lay out what the possibilities under each faction’s plan may look like.

At its face, the Trump tax plan doesn’t really represent the classic Republican tax reform approach of simplification. In fact, other than decreasing the number of marginal tax brackets, Trump’s plan would seemingly add provisions to the tax code, further complicating it. By contrast, the House Republican’s aims are to remove many of the deductions and provisions from the tax code, in order to simplify the filing process.

The most similar aspect of both plans concerns the changes to ordinary income tax rates. Trump and the House Republicans both aim to reduce the number of marginal tax brackets individuals can fall into. In their proposals, those tax brackets would be 12%, 25%, and 33%. The House proposal is silent on where those brackets will start an end, while the Trump bracket breaks would be at $75,900 and $233,350 (for married couples).

In many scenarios, taxpayers will pay equal or less tax than they currently pay. However, one notable aspect of both plans is that the single filer tax bracket limits will be exactly half of the married tax brackets. Because of this, under Trump’s plan single filers reporting between $112,500 and $191,650 would likely pay more tax than they do now.

The Trump tax plan would treat investment income similar to how it is considered now. There would be three brackets for investment income of 0%, 15%, and 20%, as there are now. Those brackets would correspond to the ordinary tax brackets you fall into (if you are in the 12% ordinary bracket, you would be in the 0% capital gains bracket).

The House Republican’s plan would simplify investment income by excluding 50% of capital gains, dividends, and interest then including the other half as ordinary income. This would be a huge boon to investors that derive a large amount of their income from bond interest, which is currently taxed at as regular ordinary income.

In both scenarios, the recently imposed 3.8% Medicare surtax on investment income would be repealed.

Because of the limits on deductions in both plans, the Alternative Minimum Tax (AMT) would be rendered moot in both proposals.

Expansion of the Tax Code

As I teased above, the Trump tax plan would add a few new provisions to the tax code. These new inclusions would take the form above-the-line deductions for individuals and families that care for dependents.

Deduction for Child Care Expenses - Families could take deductions for up to four children under the age of 13 for up to the average cost of child care in your state. Notably, this provision would allow deductions for the implied cost of care incurred by a stay-at-home parent or relative.

Deduction for Elder Care - Up to $5,000/year would be deductible for adjusted gross income for at-home care of a dependent parent.

The common belief is that income tax reform is imminent with the Republican Party controlling the executive and legislative branches of the U.S. government. However, the Trump tax plan diverges on many key aspects from the House Republican’s proposals. Some of these differences stem from the core platform of the Republican Party’s stance on federal taxation (simplification). Further complicating matters is the issue of corporate income tax reform. Donald Trump has signaled that an overhaul of the corporate tax codes may be more of a priority to him than individual tax reform.

It stands to reason that some form of concession by each side would likely be necessary to put individual tax reform into action. Let us also keep in mind that Republicans do not have the super majority of 60 votes in the Senate. So, Democrats will be able to filibuster pieces of legislation, in effect giving them a seat at the table, as well.

Tax reform is often enacted retroactively to the year legislation is passed. This means it will be important to monitor your tax situation with the possibilities of reform ahead of time. We intend to keep our clients abreast of any developments.