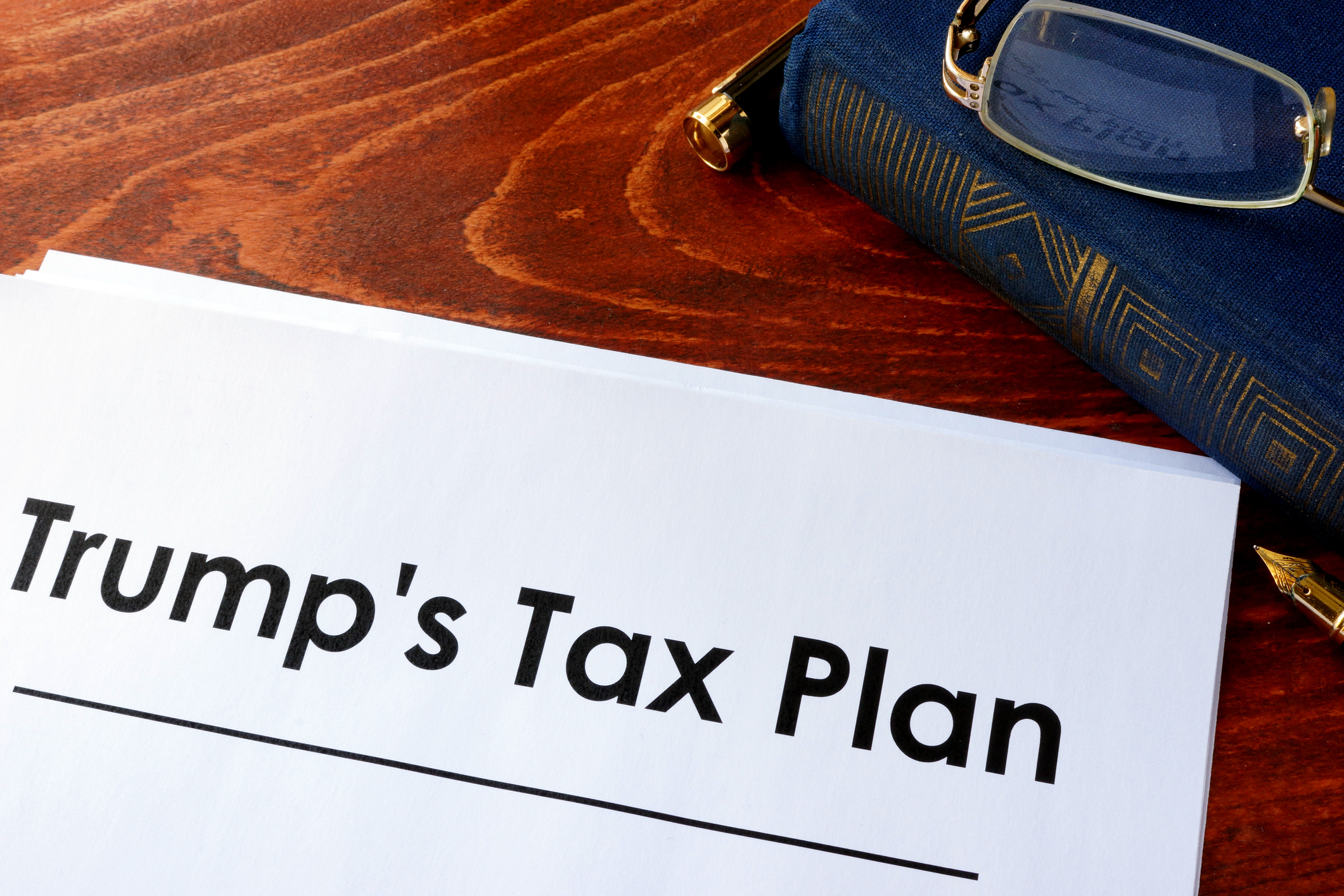 Once again, the President and several officials placed in charge of revamping the US tax code have released an outline for what they hope tax reform will accomplish this year. And once again, it is short on crucial details that would let us know the exact ramifications of the policies they aim for. You may  remember that I have released thoughts on prior developments in the Trump tax plan back in December and May. Despite the latest release, constituting nine pages of information compared to the one-page outline released in April, there isn’t a lot of new information here. However, a few of the suspected aims of this tax plan seem to be coming into better view.

Before I go on, let me make two things clear to readers; 1) I am not a tax policy expert and 2) We still don’t know the whole picture. I can only look at things in a vacuum of what individual changes may yield. Unreported changes elsewhere in the tax code may make a negative situation look positive and vice versa. With that said, from a high level view, here’s what appears may be the actual tax consequences for most people:

A lot has been made of the narrowing of seven progressive tax-brackets to three. In a vacuum, this means very little. The trump tax plan has declined to give an indication of where these tax brackets start and end. For now, it seems most tax policy experts are assuming the breakpoints will be such that many people won’t be affected (positively or negatively) by where the lines end up being drawn.

The only obvious beneficiary from the reduction in tax brackets are the highest earners. Under our current tax code, married filers reporting more than $470,700 of income have their income above that level taxed at 39.6%. It stands to reason that earners taking home over a million dollars per year could see a massive reduction to their tax bill. For example, a family reporting exactly $1,000,000 in taxable income would receive a $24,347 tax savings based on their income over $470,700 being taxed at a lower rate.

In order to “simplify” the tax code, the Trump tax plan aims to do-away with the personal and dependent exemptions, most deductions, and all but the “Single” and “Married” filing statuses. To replace these, the new plan would set forth a standard deduction of $12,000 for single filers and $24,000 for married filers.

For those that don’t have children and do not take advantage of charitable, mortgage, or state-tax deductions, this may see them with an increased total deduction from their adjusted gross income. The current standard deduction pllus personal exemption(s) for single and married filers is $10,400 and $21,800. So, for filers in this situation, all other things held equal, they should save a couple hundred dollars in taxes annually.

Families Taking a Mortgage Interest Deduction Might Lose Out

There has been a lot of talk over the preservation of the mortgage interest deduction by Sec. Steve Mnuchin and Economic Adviser Gary Cohn. Ultimately, it may not matter much whether they keep it or not. With the loss of most other itemized deductions and, most notably, deductions for state tax paid, its unlikely most filers currently claiming a mortgage interest deduction would benefit from doing so under the Trump tax plan. Let me illustrate a scenario:

Jim and Amanda took out a mortgage for $500,000, at 4% interest, three years ago. They both are gainfully employed living in the cozy DC suburb of Gaithersburg, Maryland. Together, they bring home $150,000/year.

Here’s how Jim & Amanda’s situation would be treated under the current and proposed tax codes:

Single Parents Filling as Head of Household Might Lose Out

With the consolidation of filing statuses to ‘Single’ and ‘Married’, single parents currently filing their taxes under the ‘Head of Household’ status will instead use the ‘Single’ status. As I’ve stated repeatedly above, we don’t know where tax-brackets will start and end, so there’s more conjecture here as to the material effect on single parents. However, it seems likely that the ‘Single’ filing status under the Trump tax plan won’t be more generous than the current ‘Head of Household’ status is.

Furthermore, families will be losing access to the exemption for children. Simple math shows us that a single parent with two children would claim more in reductions to income under the current tax plan than under the Trump tax plan.

The one glimmer of hope here is that the proposal promises “significant increases [to] the Child Tax Credit”. So far, we have yet to be given any concrete numbers indicating how much of an increase this may constitute or where the phase-out for this credit will begin. If we assume no change to the current phase-out limits, it is likely that lower-income households could be better off and middle- and upper-income households may be worse off from these changes.

Some Small Business Owners Might Receive a Large Tax Break

Currently, many small business owners incorporate their business as a sole proprietorship, partnerships, LLCs, or as S-Corporations. This allows the business to be treated as pass-through entities so that their owners can avoid double-taxation. Instead of tax being assessed on both the business and the owner separately, all income flows through to the individual to be taxed at whatever their personal income tax rate is. For very wealthy business owners, this pass-through income could be taxed at the 39.6% rate (or the 35% rate, under Trump’s proposed plan, see above).

The Trump tax plan aims to allow some small business owners to pay at a lower, 25% rate, instead of at their personal tax rate. After initial backlash to this idea from their outline back in April, Sec. Steve Mnuchin has “clarified” that this lowered rate will only be applied to certain companies. He has specifically called out service-related companies such as an “accountant firm” as not being eligible to receive this favorable treatment. Instead, this lowered rate is meant to apply to “a business that is creating manufacturing jobs”.

Based on the language from the Treasury Secretary, it seems like an effort will be made to filter companies into sectors or industries in order to apply this favorable tax treatment. According to the latest data from the International Trade Administration, around 80% of the US economy is in service-related companies. For right now, we’re just left to wonder how the favorable pass-through rate may be applied. On the surface, this seems like it will be a nightmare for IRS enforcement and ripe for unscrupulous lobbying efforts by industries and associations with a lot to gain.

When Will All This Happen?

Any form of tax reform being passed before year-end (or at all) still has quite a few hurdles in the way. Notably, the budget reconciliation process will require substantial trimming of some of the tax breaks proposed by this plan or the agreement of at least eight Senate Democrats. It’s entirely possible some of the situations outlined above never come to pass. Of course, all of this analysis does not account for the where the tax brackets begin and end. Once we know where the goal posts are, the concerns noted above could be rendered moot or they could be exacerbated. When we know more, look out for further commentary from us at Ferguson-Johnson Wealth Management.